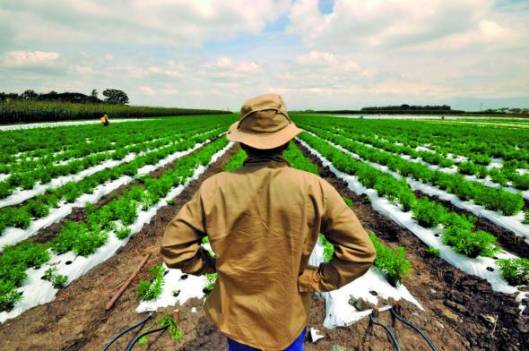 Stevia producers and farmers gathered in November 13-14, 2012 in Asuncion to discuss current challenges and accomplishments in their initiatives. Under the framework of the VI International Symposium of Stevia, president Federico Franco informed participants that Stevia or Ka’a He’ê is declared as a plant of Paraguayan Genetic Heritage.

The Head of State announced substantial investments to encourage the cultivation of this natural non-caloric sweetener, discovered by Moise Giacomo Bertoni in 1887. The President of Paraguayan Chamber of Stevia Production (Capaste), Juan Barbosa, asked government representatives to enact legislation that encourages Stevia production as well as developing a certification stamp that would accompany Paraguay’s stevia products exported abroad.

Franco’s government introduced in this symposium a number of initiatives in raising production, processing and marketing of Stevia Rebaudiana Bertoni in the international markets. The president noted that: “the Ministry of Agriculture and Dairy (MAG) products, is planning to invest over USD 2 million towards the production of Ka’a He’ê for the last quarter of 2013 and following next year.”

Production of stevia sprouts requires high technology; the Paraguayan ministry of Agriculture is working to develop techniques, tools and research labs to facilitate the cultivation of Stevia Rebaudiana in a larger scale. Enzo Cardozo, the minister of Agriculture, expressed his commitment that “the Ministry of Agriculture will create programs of training, research and expand Stevia plantations across the country, in order to transform Paraguay into a top producer of Stevia in t he world stage. Paraguayan farmers have cultivated more than 2,200 hectares of Stevia plants.

Other countries in the region such as Argentina, Ecuador and Colombia are directing their energies towards a massive farming of Stevia Rabaudiana. While technological progress is at its height, Stevia is known to be a complex plant in both production and processing. Therefore it is clear that only developed countries have the potential to provide economic assistance to conduct further research in this area.

Therefore, country such as Japan, Brazil, Hong Kong and Taiwan, that are interested in Stevia production, have improved certain technologies related to the assembly sector as well as industrial processing; product refinement and Stevia’s applications in the industry. According to a report published by PriceWaterhousecoopers, Sustainable development has progressed steadily in the last decade that should be considered as a good sign for the growth of food industry.

There is a growing number of companies that are becoming aware of sustainable development and are focused towards implementing environmental friendly practices and product development. In developed economies fair trade practices and respect of labor law are principal components of assuring a successful presence in the market. Consumers are convinced that sustainable practice and reduction of employees’ exploitation are the core values which encourage them to purchase a particular product.

There are a number of factors that contribute to new market tendencies that are in accordance with new preferences encouraged and supported by customers;

According to Sunny Misser, a U.S. marketing strategist: “Sustainable business balance their economic interests to suit the needs of socially and environmentally responsible customers, the companies that succeed in the long term are those that incorporate ethical considerations into their decision-making policy, and are administered on the basis of personal integrity and broad implementation of organizational values.”

Consumers are increasing their ethical awareness; according Pejling, a Swedish magazine of the Association of Dairy Producers: “70% of Swedish consumers have a ‘blacklist’ of products and companies that do not meet the ‘personal standards’” related to social and environmental responsibility.

Stevia or Ka’a He’ê, is one of the highly acclaimed products that brings the consumer closer to farmers, by paying a fair trade price and additionally, consumers support organic production of stevia which is healthier and safe to environment sustainability.